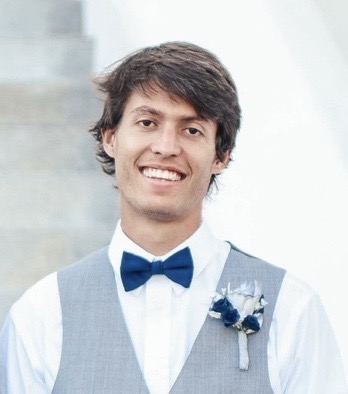 James was a gifted, brilliant young man.  He loved to dream up, design, and build things.  He intuitively understood highly complicated things such as computer programming, electrical and mechanical engineering, design, etc.  He could just read about stuff and figure it out and do it/refine it/make it “more”.  He was amazing.  He often said that his mind was constantly thinking about and analyzing how things worked and about how he could build or make them with innovations of his own or create completely new things.

One of his favorite projects was Christmas lights.  He designed, built, and programmed amazing light shows for our house and brought great joy to our community.  He and his dad were best buddies and partners in this with James being the genius brain behind it all, his Dad being the one who worked a little practical “magic” now and then, and all of us being willing “minions”/“slave labor” (ha, ha!).  What a tremendous family project!  James would run ideas by us all now and then and we would input thoughts and ideas.  But James was the creative genius and engineering force behind it all.  He excelled at creating marvels on a shoestring budget.  He loved showing people how it all worked.  Highly trained and educated people would visit to learn how he’d done things and were amazed at what he had and could accomplish.  As one man said, “For all of us engineers, James was our hero.  He could design and build anything.”  James was truly brilliant.

He had begun work on further additions to his light show and had a Christmas light TV program wanting him to be a contestant on their program about which he was really excited.  His biggest goal for this year was to win on that show, “The Great Christmas Light Fight”.

Our house was known as the “Christmas lights house”.  One of his greatest joys was to see people lined up around the block and down the street waiting for a turn to watch the light show.  He got a tremendous “kick” out of seeing people hanging out of their car windows taking pictures or videos with their phones or dancing and singing along in the street.  So many people, including strangers, have communicated how this show brought joy to their Christmas season.  One of the songs used was “Light Me Up”, by Owl City.  It’s lyrics summed up a lot of James’ life philosophies of love and service to others, of just getting along with each other, and of peace on earth.  Video can be viewed at MrRocketman.com, James’ website.  There is a place for public comments.

Another of James’ big interests was fireworks.  He and his Uncle Jesse’s July 4 and New Years electronically run fireworks shows were legendary in our community – “better than the “real” shows” was a frequent comment.  James worked with some of the fireworks companies in the SLC area to set up and shoot big community shows as well.

He designed and built his own 3D printers, a CNC machine, rockets, electric skateboards, as well as many versions of different kinds of Christmas lights.

James firmly believed in and encouraged Open Source and thought that this world would be a much better place if we could all share information that way and not have to be caught up in the money making aspects of it all.

He helped write and publish iPhone apps with his older brother.  He had a 3D printing business and sold fireworks in the summers.  He fixed other people’s computers and iPhones, iPads etc.  He was saving up for a Tormach CNC machine and planned to move into that area of business as well.

He was a big fan of Apple and was an Apple developer.  He loved the annual World Wide Developers conference to see what cool new things they would be announcing.

James was an active, worthy, temple-recommend holding member of the Church of Jesus Christ of Latter-Day Saints. He served in the Carlsbad California mission.  He served in the Young Men’s/Scouting program and was an Eagle Scout, head earned the On My Honor scouting award, had earned the Young Men’s Duty To God award, and was a graduate of the Weber High Seminary program.  James currently served as the North Ogden 1st Ward finance clerk; as a home teacher with his almost-86-year-old Grampa Bear for a partner; as an assistant stake clerk (technology); and was part of the North Ogden Utah Stake emergency preparation team over radio communications.  James was developing a plan for our area involving quad copter fly-overs in the event of an emergency. James could be relied on to faithfully complete any assignment given.  The night before he died, James had assisted in giving priesthood blessings to some of his dad’s home teaching family members as his dad was unavailable, and had attended a stake emergency preparation meeting and radio check. 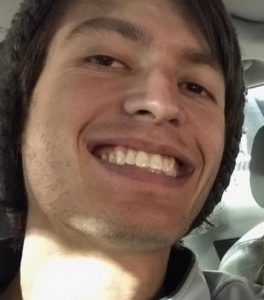 James loved his family and they loved him.  He loved being with them and sharing good times.  He willingly served and helped all of us in so many ways, and was especially helpful to his aging grandparents next door.  He loved to play board games with family and extended family.  “Dirty Nell” (a board game involving marbles and dice) was a favorite.  He left beautiful love notes for each of his family members, his grandparents, a couple of cousins, and an aunt and uncle who were all so close to him and beloved by him.

A few of his favorite highlights:  adventures with his best buddy and cousin Ethan; taking his littlest brother on adventures such as rock climbing and skate boarding and electric skate boarding; the semi-annual SLAP fireworks shoots in Wyoming; the annual high power UROC rocket shoot at the Bonneville Salt Flats; camping with family and friends in southern Utah and other places; Scout camps and Young Men’s High Adventure and Youth Conference trips and adventures in southern Utah, Havasupai, and other places; attending the WinterBlast at Lake Havasu learning-to-build-fireworks event with his Uncle Jess; white water rafting with cousins and uncle; learning about and helping others with new technology – “ask James” was a very very common phrase in our family and extended family and ward and neighborhood; he helped his mom with Logic Pro (a music notation computer program) and with recording and getting some of her music on her website; he loved watching documentaries about science and space and technology and things like that – Mythbusters was also a favorite; he was continually teaching us all amazing things; he was a continual example for good in love, kindness, patience, all-around-goodness, and his amazing work ethic.  James was always learning and doing and building, interspersed with bouts of family fun and adventures with cousins and family.  He enjoyed watching BYU men’s volleyball.  While growing up, he enjoyed watching his Dad play volleyball and then playing on city league volleyball teams with his Dad, cousins, brother and others when he was old enough.  He loved ice cream, just like his Gramma Cookie.  He was very proud of the fact that he could consume an entire largest size Jake’s Over the Top shake, or an entire largest size Kirt’s Cherry Sprite Freeze before any of the rest of us had made much of a dent in ours.  His personal ice cream philosophy is to keep eating as much as you can, as fast as you can, because when you stop, that’s when the brain freeze sets in.  He loved all of our family gatherings for birthdays and other events.  He loved hanging out with and playing games and volleyball with his cousins.  He dreamed of seeing the world and got to take a few awesome road trips over the past 6-8 months with a favorite second cousin and dear friend, Jacobi, to southern Utah, California, Canada, Washington, and Oregon and was planning a future big trip to Alaska with Jacobi, Ethan, and another cousin, Rachel as well as a small southern Utah trip with his mom and younger brothers scheduled for this week.

James had big, big dreams.  He wanted to invent amazing things and make a difference in the world.  His MrRocketman.com website bears the subtitle  “Everything Awesome”.  One of his favorite sayings was “I’m always up for an adventure”.

James made a difference in our world, to his family, friends, neighbors, and everyone who knew him.  He was everybody’s hero and shining star.  He was an incredible inspiration to all of us for good and for working to push boundaries and learn and do.  We know he is doing the same where he’s at now.  We love him so much and can’t wait to meet up with him again in the next life to see what he’s been up to there.